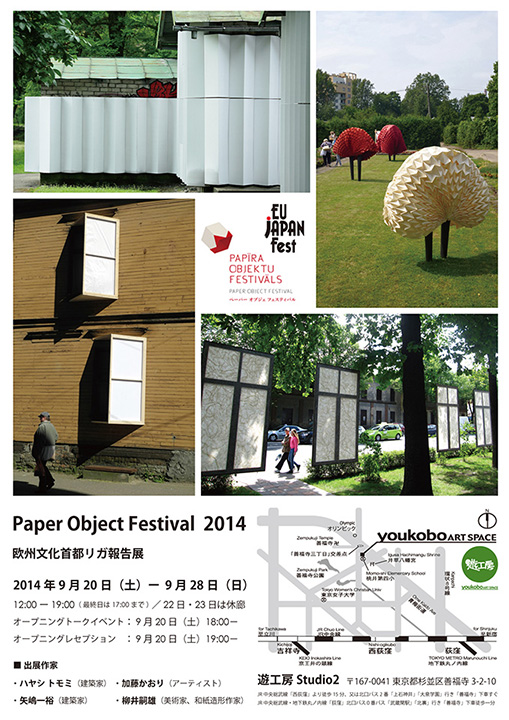 The Paper Object Festival (POF) was held in Riga, Latvia from June 27 to July 20 in 2014. Youkobo Art Space will hold an exhibition presenting the experiences of four artists who, with Youkobo's facilitation, participated in the festival. Centered around the display of artworks made from paper, POF was initiated in Riga due to the thriving paper industry that once existed there. POF was one of the official programs of the European Capital of Culture 2014. What did these artists gain through their participation in this event, and what impressions were they left with? Their experiences will be shared through photo documentation of their work and through the words of the artists themselves. On the opening day, presentations will be made by the artists, followed by a discussion. With the participation via skype of Tomomi Hayashi who currently lives in Estonia, this will be an opportunity for the participants to reflect on their experiences in Riga, and for Youkobo to discuss future prospects for these activities.