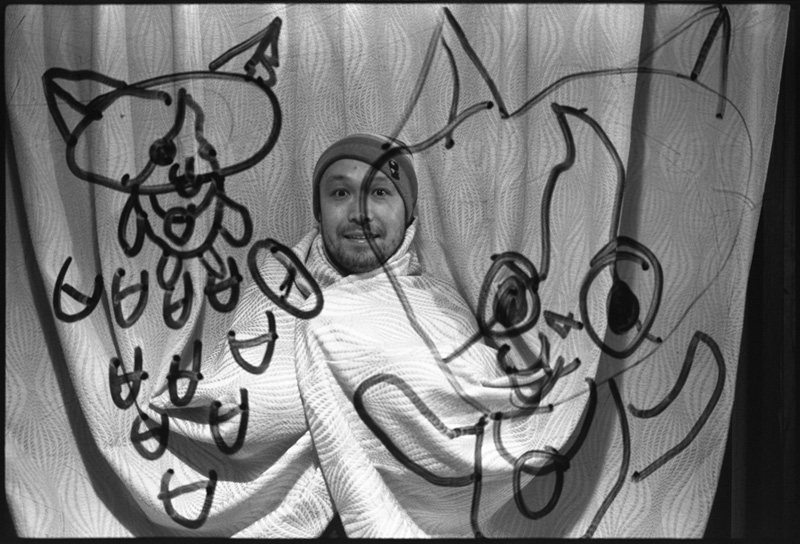 Kubochi is pleased to present its tenth exhibition, It's All Because of Y and Y and Y - A Solo Exhibition by Yutaka Yasuda.
Having used Youkobo Art Space as the base for their activities since April 2014, this will be Kubochi's final exhibition of the year. Yutaka Yasuda will present his third solo exhibition after an interval of seven years. Since his student days, Yasuda has been creating black and white shadow-like images pivoted on printmaking processes, and ephemeral two-dimensional works using colorful confetti that falls as if dancing. In recent years, as if moving against the times, he has started to take pictures with a film camera and, in the four years following the earthquake, has presented work appearing to document family growth and the trivial events of the everyday where conversation is triggered by the act of taking a photo. In this exhibition, centered on works shown at Kubochi since April 2014, such as Hoshi o tsukuru - aru hazu no nai hoshi o sagashite (Creating a star - searching for a star that cannot exist), a wreath-like work made from origami stars, and T_T Little Star in which countless little lights rotate while suspended in water, a number of photographic works taken over the past four years including Ayatori no you na sekai (a world like a cat's cradle) and NIKKI will be presented. Please come to enjoy these simple works full of subtle feelings of joy nestled in familiar events.