Tilde refers to the punctuation mark "~". Also referred to in Spanish as "tilde" and in Portuguese as ti (til), it is used as a kind of diacritical mark representing a nasal sound. Originally, it is a symbol that resulted from writing a small "N" above an alphabetical character. ... When attached to the upper part of a vowel, it represents the "nasalization" of a vowel. When attached to the bottom of a letter, it represents a squeaky voice. When superimposed on a letter, it represents soft palatalization or pharyngealization. *Reference: .wikipedia (Jp)｜Tilde 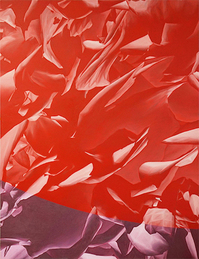 Graduated with BA Honors in Oil Painting, Tokyo University of the Arts, in 2013.