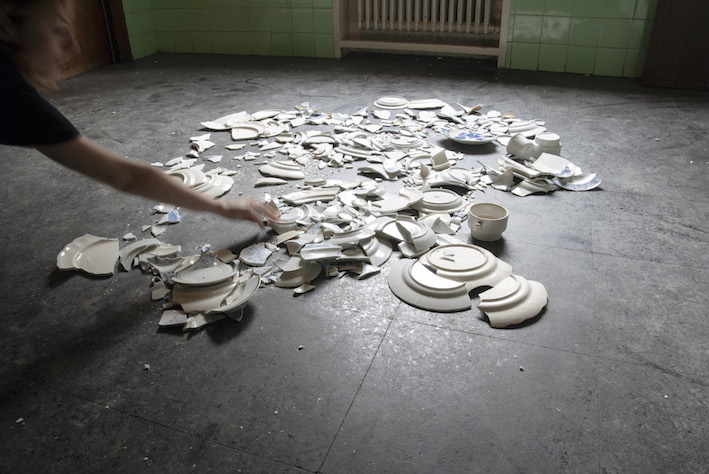 Natalia Escudero is a Spanish visual artist living and working in Saragossa, Spain. After graduating from the Painting Department of the Complutense University of Madrid, Spain (BA) and from the Class of Art in Context under the tuition of Prof. Radermacher at the Kunsthochschule Kassel, Germany (MA), her works have been shown in numerous solo and group exhibitions throughout Spain, Germany and abroad.

Through her practice, Natalia attempts to collect the scattered fragments of a totality that only exists as a fluctuating idea. She delicately assembles found objects, words, and videos that predominantly end up as installations and as site-specific pieces. The use of this common imaginary blurs the boundaries between art and life. Her contribution is brief but concise: through a little dose of action she tries to reveal what is hidden. The message: an invitation to look and awaken the will to see.

At Youkobo Art Space, Natalia conducts an interdisciplinary project based on the ceramic rests found at her grandparents’ house, which has recently been demolished. During her time in Japan, she approaches the Japanese technique of Kintsugi as a material response to the breaking forces of geological phenomena. This practice serves to deepen her interest in the processes of fragmentation, movement, and transformation, stating the resemblances between the Japanese landscape?an archipelago?and the recent popularization of Kintsugi. She says of her project, “The broken pieces of fired clay reminded me of islands, drifting on fluid ideas, while these islands became objects that I wished to approach.”